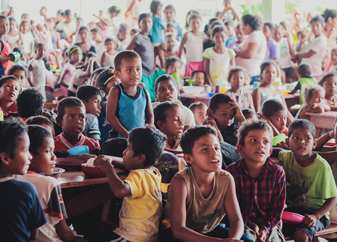 In 2012, Casa Bernabé opened a Feeding Center, Comedor Infantil Verbo, in Puerto Cabezas. Every weekday, 500 children walk miles to receive what is most likely their only meal of the day.

Ten miles outside Puerto Cabezas is the City Dump, where 100 families scavenge for food, vying with starving animals. In 2014, Julio Rappa began bringing prepared meals to the children who would come to the dump with their parents. For two years, they met and ate beneath the trees, unprotected from wildlife and mosquitos. In 2016 Casa Bernabé opened a proper Feeding Center (The Pines) where meals are distributed Monday through Friday. 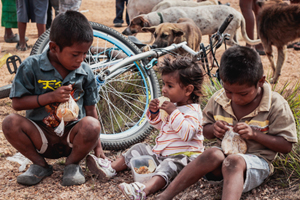 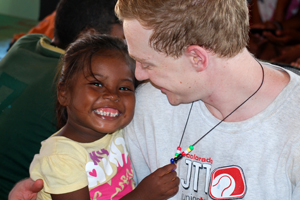 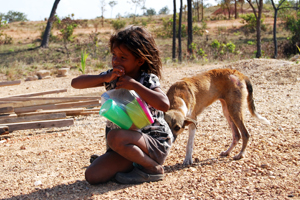 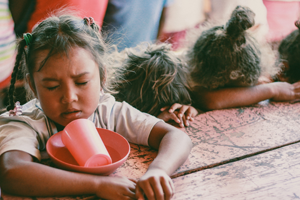 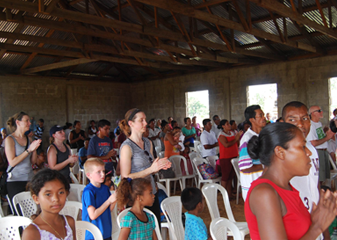 After the hurricane in 2007, Pastor Earl brought relief workers to the remote village of Betania, a Miskito (indigenous tribe) village of 300 people, about 45 minutes on rough roads outside of Puerto Cabezas. Seeing the plight of these isolated people, in situations made worse by the hurricane, Pastor Earl committed to help them rebuild their lives.

Beyond providing food and other staples to Betania, Casa Bernabé has launched several agricultural initiatives and begun a Sunday worship, building a cinderblock shelter for these services. 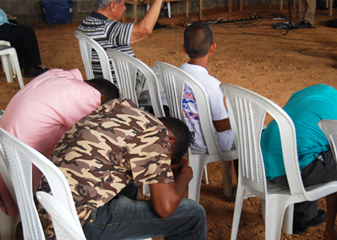 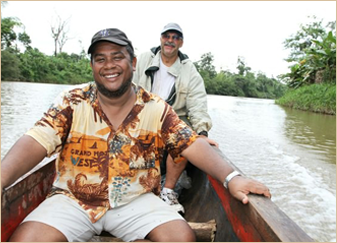 Verbo Christian Church has planted 16 additional open-air churches in northeast Nicaragua, most dotting the banks of the Coco River, which forms the boundary between Nicaragua and Honduras. The river is home to dozens of Miskito Indian villages. Many of the children of Casa Bernabé originate from this region, one of the poorest in the Western Hemisphere and an area heavily influenced by witchcraft.

Here Pastor Earl goes with a volunteer corps to minister medically and spiritually, mentoring local pastors and offering villagers the love of Christ. Annually as many as 50 pastors along the River attend conferences hosted by Earl, traveling days by canoe to Puerto Cabezas that they may grow in their understanding and application of the Gospel. 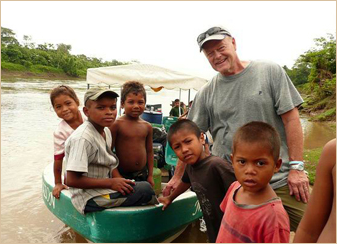 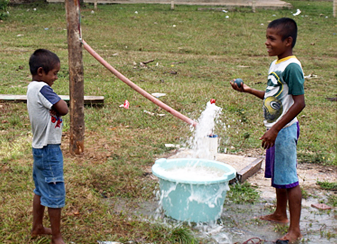 Casa Bernabé began a clean water project in 2008 to bring deep wells to neighboring communities. To date, three wells have been drilled to provide fresh water to the orphanage as well as five more in the surrounding communities of Thuara, Betania, Krukira, Kambla, and Kawil.

The driving force behind this project and other sustainability ventures is freedom and dignity, giving the Nicaraguans the opportunity to be independent and self-supporting. 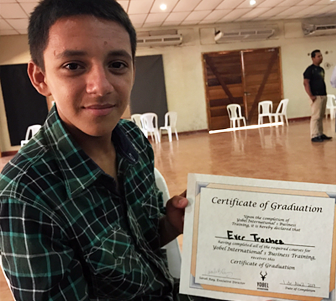 In Spring 2017, Casa Bernabé hosted an entrepreneurship class in partnership with a team from Alternativ Project. This interactive curriculum is designed to help alleviate poverty in the developing world through the teaching of ethical and effective business skills. Nearly 80 Nicaraguans attended the week-long training where they learned basic operating concepts like marketing, customer service, pricing, budgets, ethics and leadership. With this introduction to sound business principles, the attendees, ranging from 18–70 years old, were eager to move forward in dramatically improving current enterprises or creating new ones throughout Puerto Cabezas.

We plan on additional trainings for different groups: incarcerated women, adults connected with the Feeding Center, and high schoolers at Casa Bernabé. A second, more intensive course is also under development. More at www.alternativproject.org 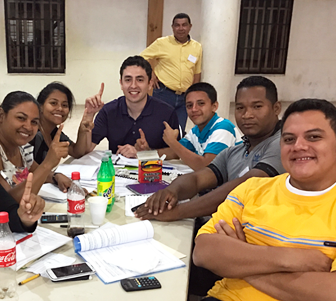